Barbie was on a shoot in Hollywood for her upcoming movie "The Princess and the Pea", when the director fires her for expressing her opinion. After seeing that the director leaked her downsizing to all the gossip websites, Ken calls her on the phone and substantially dumps her. She decides to go and live at her Aunt Millicent's fashion house in Paris, France. While she is on the plane, Ken is helping Raquelle rehearse lines for her drama class. After a confrontation with Teresa and Grace,who think that he dumped Barbie for Raquelle, he discovers that Raquelle had recorded his voice and played it on his phone to make it seem as if he dumped Barbie. As soon as he realizes, he asks Barbie's friends where she is. They tell him that she's is in Paris, and Grace explains to him that to make her understand what happened, and make it up to her, he should perform a 'grand romantic gesture'. Ken decides to fly on a plane to Paris and surprise her. So he books a plane and prepares to fly to Paris. Meanwhile in Paris with, Barbie finds her Aunt Millicent's fashion house and discovers that she's closing down and moving to the country, and meets her assistant, Marie-Alice. But with the help of three Flairies - Shimmer, Glimmer and Shyne, the outfits become a success. They decide to host a fashion show on Friday night to raise enough money to buy Millicent's fashion house back. But across the street from Millicent's is Jacqueline with her assistant Delphine. When they see the Flairies, they plan to kidnap Shimmer, Glimmer, and Shyne. When Barbie and Marie-Alice discover that the Flairies are gone, Millicent decides to help with the fashion show, and they worked through the night to create a line of beautiful dresses. On Thursday night, Jilliana, Jacques, and Sequin, Millicent's and Barbie's pets, see fireworks that the Flairies made and rescue them. The Flairies transform the studio and glitterize the outfits, and the show is good to go. The fashion show turns out to be a success. A lady orders ten thousand pieces from the fashion line, and Millicent is able to buy the fashion house back. Glimmer, always the weakest of the three Flairies, transforms Barbie's fin'al outfit into a glittering three-tiered pink gown. Better yet, Ken arrives and tells Barbie he never meant to break up with her. Lilliana Roxelle, Paris's top fashion critic, congratulates them on a spectacular show, and invites them to her Pink, White, and Black party that night. Glimmer harnesses her magic a second time and transforms the limousines into beautiful stagecoaches. The film ends after the director of The Princess and the Pea rehires Barbie.
*****************
[You must be registered and logged in to see this image.] 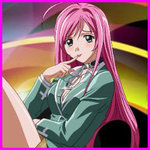 Re: Barbie: A Fashion Fairy Tale

Barbie - The main protagonist, Barbie is described as a cool, confident girl with fantastic style. She's fun to be with and an incredibly and super loyal friend. She uses her creativity and huge network of friends to save her aunt's business. She is Ken's girlfriend. She will return in Barbie: A Fairy Secret where she rescues Ken from a fairy

Ken - Ken is described as a super-nice guy with an interest in sports and is crazy about Barbie. At the end of the movie, he and Barbie share a kiss and are later love interests. He is set to return in the Barbie: A Fairy Secret movie, in which he's been kidnapped by a fairy who wants to marry him.

Marie-Alecia - Marie-Alecia is a shy, aspiring fashion designer with an amazing talent. Her dream is to succeed in the world of fashion, but she's too modest and unsure of herself to make any daring moves. But with help from Barbie, she gains confidence in her abilities and herself.

Teresa - Barbie's cool and confident best friend. She is very playful and even believes in aliens. She's very nice and also kind of a fashionista that played along with Barbie in her three amazing movies: Barbie and the Diamond Castle, Barbie and the Three Musketeers and Barbie in A Mermaid Tale.

Grace - An African-American best friend of Barbie often mistaken for Nikki by some viewers. She's very mature and likes to give advice.

Raquelle - Barbie's rival. She always makes Barbie's life miserable since The Barbie Diaries movie. She is the reason why Ken and Barbie broke up just because of her silly and cruel jokes. She will return in Barbie: A Fairy Secret movie, where she will help Barbie save Ken from a fairy.

' Nikki - Another of Barbie's African-American friends. She does not appear in the movie physically, but is heard by Barbie on the phone.

Jacqueline - The main antagonist of the film, Jacqueline is easy to spot with her hip and savvy personality and is on the cutting edge of fashion. As Millicent's sneaky and competitive rival designer, she doesn't want to be trendy; she wants to start the trends herself and will do anything to get ahead. But she is no match for Barbie and her friends.

Delphine - Jacqueline's loyal assistant and number-one fan; she goes along with her boss's sly schemes, but deep down, she's nice girl who'd rather play fair than being mean.

The Flairies - Shimmer, Glimmer and Shyne are a trio of stylish Flairies who don't have wings but possess sparkle-magic powers. Together, they can take any outfit from drab to fab.

Shyne (pink) is the sassy, fearless leader. She adds a beautiful shine effect to fashions. Despite her dainty size, she isn't afraid to stand up for herself. She has a great sense of humor that makes her a blast to be with.
Shimmer (purple) is the light-hearted, happy-go-lucky dreamer who always expects positive things. Her magical flair is adding shimmer to fashions, and she does it beautifully!

Glimmer (coral) needs a lot of practice when it comes to using her sparkle-magic powers. She tries really hard, but sometimes only a hint of glimmer-magic sparkle appears. Luckily, she never gets discouraged and has lots of help from her friends.

Sequin - Barbie's ultra-glam French poodle. Just like her owner, Sequin loves to wear anything with bling and despite looking fussy, she's very playful and likes to have fun. After awhile when she first meets Jacques, she falls in love with him.

Jacques - A spunky Jack Russell Terrier with a great talent for fashion design. When he meets Sequin, he falls in love with her.

Jilliana - A snooty, pampered French kitty, who can't help rolling her eyes at Jacques' huge crush on Sequin. While Jilliana is happy that Sequin inspires Jacques' to design again, she thinks all the romance is icky.
*****************
[You must be registered and logged in to see this image.]